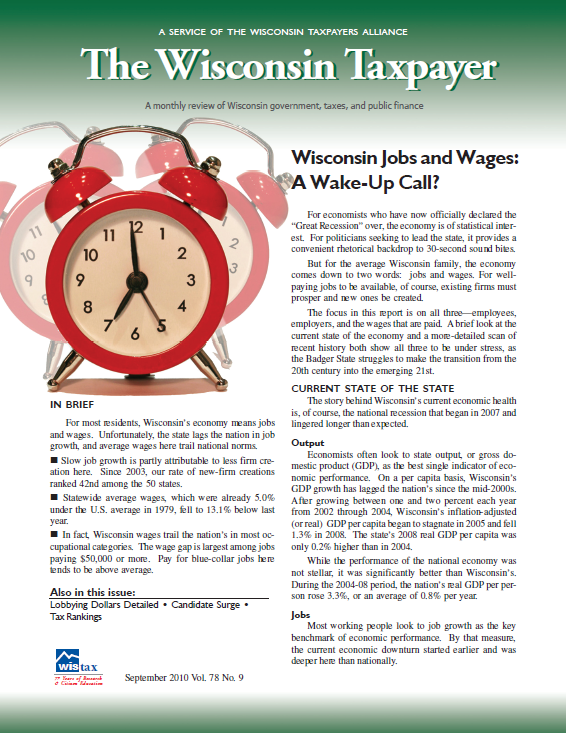 For economists who have now officially declared the “Great Recession” over, the economy is of statistical interest. For politicians seeking to lead the state, it provides a convenient rhetorical backdrop to 30-second sound bites.
But for the average Wisconsin family, the economy comes down to two words: jobs and wages. For well-paying jobs to be available, of course, existing firms must prosper and new ones be created.
The focus in this report is on all three—employees, employers, and the wages that are paid. A brief look at the current state of the economy and a more-detailed scan of recent history both show all three to be under stress, as the Badger State struggles to make the transition from the 20th century into the emerging 21st.
CURRENT STATE OF THE STATE
The story behind Wisconsin’s current economic health is, of course, the national recession that began in 2007 and lingered longer than expected.