Picking Up the Pieces

What will it take to address local government infrastructure challenges in Metro Milwaukee? 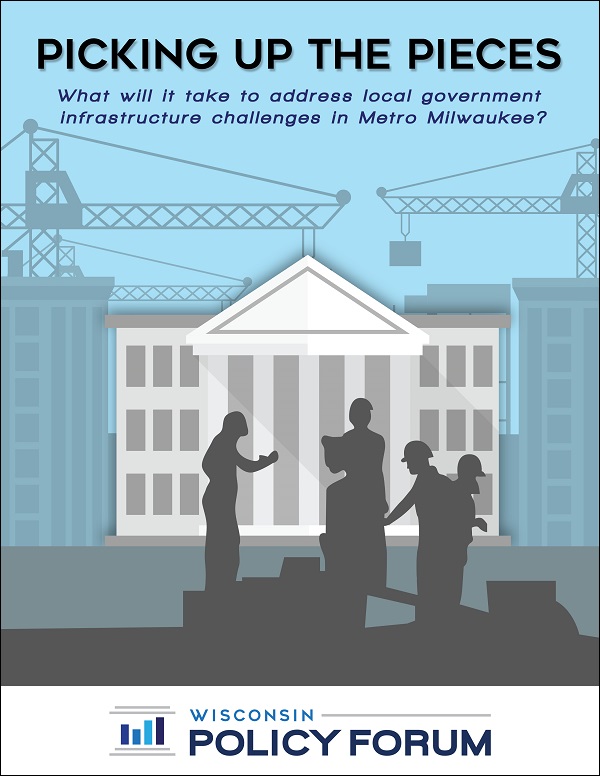 The final installment in our local government infrastructure series explores possible solutions to the mounting backlog of infrastructure repair and replacement needs that we documented in earlier reports. We find that an “all-of-the-above” response will be necessary, including new revenues; exploring new ways of borrowing money or attracting private contributions; trimming the list of identified projects; and service sharing and consolidation where possible.

Key findings from our five-part series of reports include: