Cracks in the Foundation 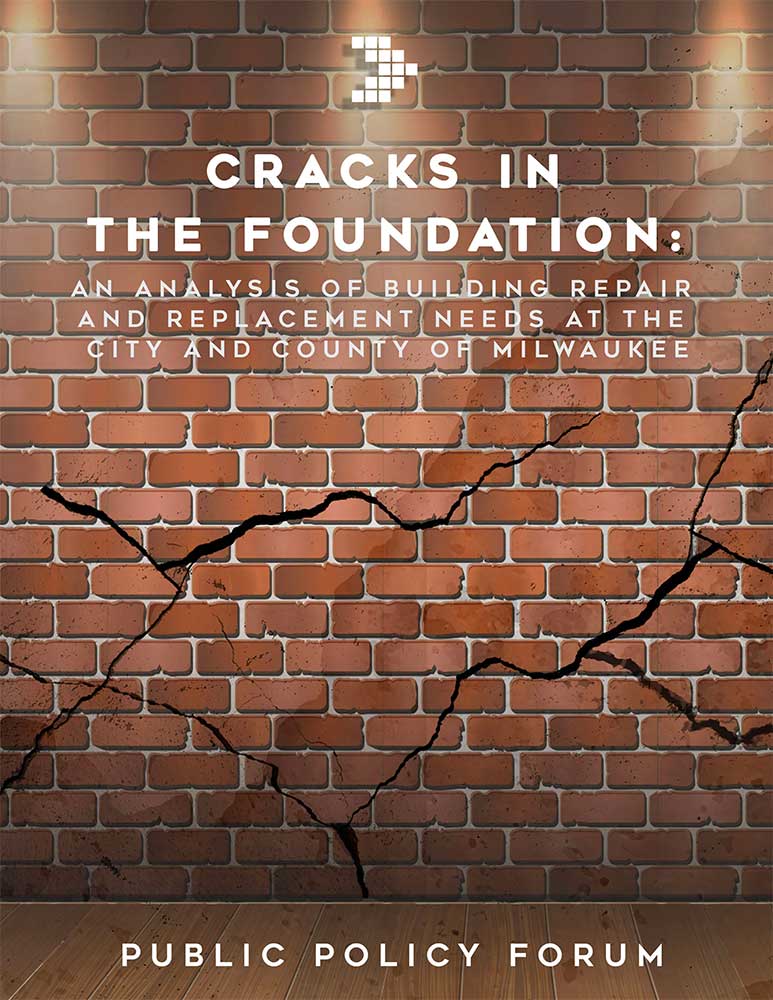 Our latest research finds that buildings owned by the City of Milwaukee and Milwaukee County face substantial and expensive repair and replacement needs that will need to be accommodated in increasingly tight capital budgets. While there is hope that the City’s building challenges will be manageable going forward, the County is facing a far more dire set of circumstances that currently appear unmanageable.