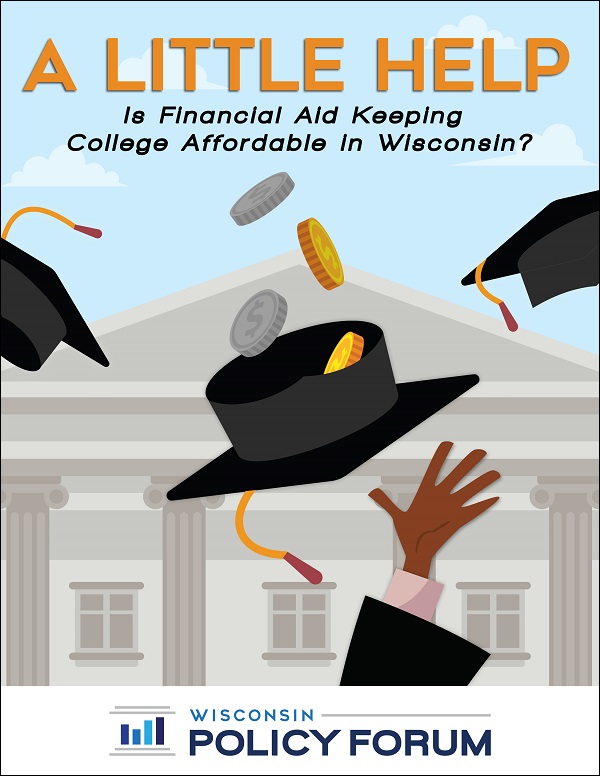 At a time when Wisconsin faces severe workforce shortages in several key sectors and demand for skilled workers has skyrocketed, enrollment in the state’s colleges and universities has generally been declining even faster than the national trend. In “Falling Behind?”, the Wisconsin Policy Forum’s December 2020 report on the status of Wisconsin’s public universities and colleges, we laid out the stark challenges posed to the state’s labor market and higher education institutions by this drop in students. Our follow-up report, “Degree of Difficulty,” showed how these trends have been particularly challenging for UW-Milwaukee.

Enrollments in Wisconsin across all public and private institutions were falling even prior to the pandemic, dropping from 384,181 in 2010 to 332,856 in 2019. This decline of 13.4% was more than twice the national drop of 6.6% over the same period and was particularly pronounced for technical colleges and other two-year institutions. The arrival of COVID-19 has compounded the problem and added urgency to longstanding questions about how the state will cultivate the workers it will need to sustain the health of its economy and citizens, particularly in fields such as nursing, teaching, and skilled trades.

Much of this decrease stems from the state’s shrinking K-12 population and a drop in high school graduates – a crisis that the Forum and its predecessor organizations have been highlighting for years. In addition, the strong economy prior to the pandemic likely contributed to the enrollment decline since strong job prospects for potential students can lower the real or perceived need for further education. Yet our recent research shows the problem runs even deeper.

The rate at which Wisconsin students enroll in college or university after completing high school has fallen, particularly during the pandemic. For the 2009-10 school year, 57.5% of Wisconsin students completing high school went on to enroll in a college or university by the following fall, according to statistics from the Wisconsin Department of Public Instruction and the National Student Clearinghouse Research Center. By 2019-20, that percentage had fallen to 48.1%. Along with COVID-19, a significant contributor to this trend is the decline in the number of white students completing high school since that racial group, along with Asian students, has been the most likely to enroll in postsecondary studies. The Forum has also pointed out the notable decrease during the pandemic in the share of Wisconsin high school seniors completing a key federal form that serves as a crucial step toward securing financial aid for college.

In addition, there is evidence that students have dropped out of college in greater numbers during the pandemic, both nationally and within the state. Student Clearinghouse data show that the share of undergraduates who enrolled in Wisconsin colleges and universities in the fall of 2019 and then returned to study at that institution or another one in the fall of 2020 dropped to 76.6%, a decline of 1.7 percentage points from the previous year. That was similar to the national decline and was the lowest persistence rate for Wisconsin students since at least 2009.

All of these trends have occurred in part during years in which the state froze tuition for in-state undergraduates within the University of Wisconsin System. Lawmakers allowed the freeze to expire last summer, and though Gov. Tony Evers has sought to extend it through the 2022-23 school year, tuition is likely to start to rise eventually and may further affect enrollment.

Going forward, a central question for state policymakers is whether and how they can act to stabilize and restore post-secondary enrollment and retention rates and ensure that students remain in college and graduate in a reasonable timeframe. This report focuses on one important element of that question – student financial aid – and considers whether changes in that area could serve as at least a partial solution to the problem of attracting and retaining higher education students in the state.

Sponsored by the Herzfeld Foundation, the Higher Education Regional Alliance, the ADAMM Foundation, and the Milwaukee Regional Research Forum, this study reviews state and federal financial aid in Wisconsin, laying out the main trends and focusing on the handful of grant and loan programs that account for most of the dollars spent each year. Critical questions include:

With projections for state tax revenues now exceeding previous estimates by billions of dollars over the current two-year budget, state lawmakers are in their best position in decades to consider new or enhanced investments in higher education. Given the current labor market difficulties, state officials of both parties have already been looking at ways to boost the supply of skilled workers. Though hardly the only option for doing so, financial aid represents one approach to consider and has the added potential benefit of creating opportunity for both students and institutions of higher education. We hope the insights and policy options presented here will open up new avenues of discussion for the state and its leaders going forward. Continue reading…