The state of Wisconsin's public universities and colleges 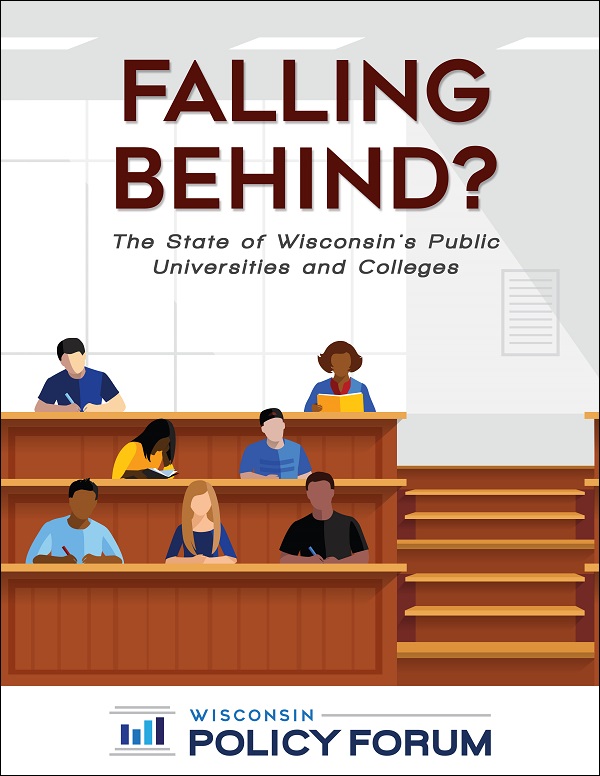 After years of slow erosion of funding and enrollment, higher education in Wisconsin faces a flash flood. Financial challenges had been accumulating for the state’s public colleges and universities, brought on by stagnant state funding, a tuition freeze, and declining enrollment. Now COVID-19 threatens to wash away key pieces of this system, raising the possibility of further faculty cuts, reduced programs, or additional debt.

In light of these challenges – and the tremendous stakes involved – the Wisconsin Policy Forum has undertaken a comprehensive review of the state’s public colleges and universities. From the University of Wisconsin-Madison to the former two-year UW Colleges, we find public higher education faces tougher financial and enrollment trends in Wisconsin than most other states and has a highly centralized governance and structure that may complicate the response to the pandemic.

In addition, the coronavirus is upending campus life and adding to these long-term difficulties. The UW System estimated in June a net loss of $158.6 million at that time after factoring in lost revenues, higher costs, spending cuts, and federal aid. In an October update for its campus alone, UW-Madison said it was extending employee furloughs and pay cuts to respond to an unprecedented $320 million budget impact in 2020 and 2021 due to increased costs and lower revenues from tuition, research funding, and self-financing units such as athletics and the Wisconsin Union.

Unlike some other states, Wisconsin did not take advantage of the long economic expansion to help prepare its colleges and universities for this economic peril.
Continue reading…