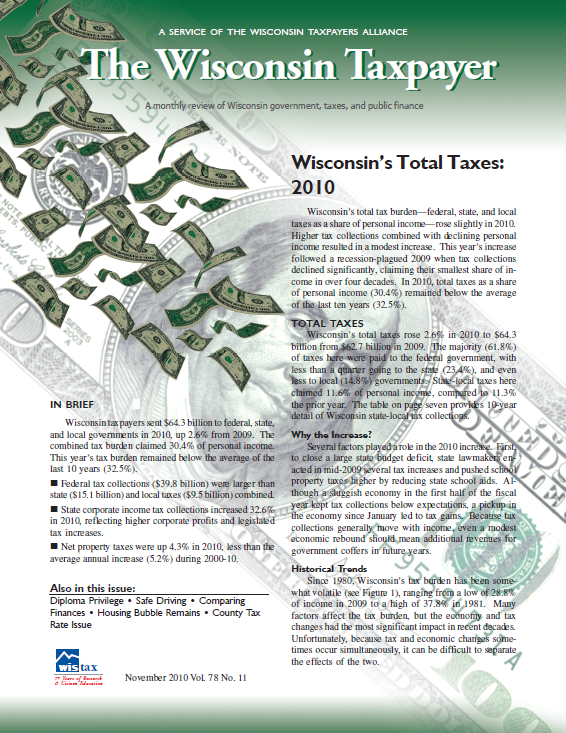 Wisconsin’s total tax burden—federal, state, and local taxes as a share of personal income—rose slightly in 2010. Higher tax collections combined with declining personal income resulted in a modest increase. This year’s increase followed a recession-plagued 2009 when tax collections declined significantly, claiming their smallest share of income in over four decades. In 2010, total taxes as a share of personal income (30.4%) remained below the average of the last ten years (32.5%).
TOTAL TAXES
Wisconsin’s total taxes rose 2.6% in 2010 to $64.3 billion from $62.7 billion in 2009. The majority (61.8%) of taxes here were paid to the federal government, with less than a quarter going to the state (23.4%), and even less to local (14.8%) governments. State-local taxes here claimed 11.6% of personal income, compared to 11.3% the prior year. The table on page seven provides 10-year detail of Wisconsin state-local tax collections.