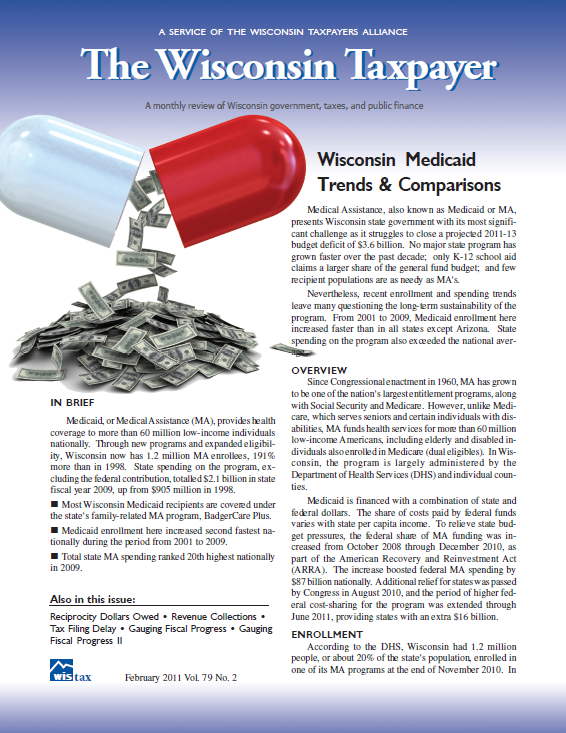 Medicaid, or Medical Assistance (MA), provides health coverage to more than 60 million low-income individuals nationally. Through new programs and expanded eligibility, Wisconsin now has 1.2 million MA enrollees, 191% more than in 1998. State spending on the program, excluding the federal contribution, totalled $2.1 billion in state fiscal year 2009, up from $905 million in 1998.

Medical Assistance, also known as Medicaid or MA, presents Wisconsin state government with its most significant challenge as it struggles to close a projected 2011-13 budget deficit of $3.6 billion. No major state program has grown faster over the past decade; only K-12 school aid claims a larger share of the general fund budget; and few recipient populations are as needy as MA’s.
Nevertheless, recent enrollment and spending trends leave many questioning the long-term sustainability of the program. From 2001 to 2009, Medicaid enrollment here increased faster than in all states except Arizona. State spending on the program also exceeded the national average.