Is there a better way to distribute local road aid in Wisconsin? 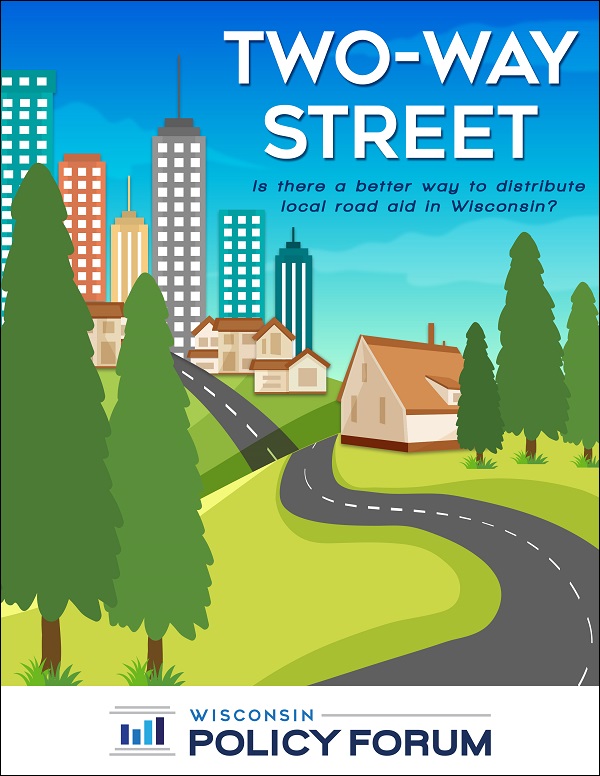 Local governments in Wisconsin play a crucial role in the state’s transportation network by maintaining roads and streets for statewide commerce and travel and taking on tasks that include building, repairing, plowing, sweeping, lighting, and patrolling these roads. To help support this work, the state’s General Transportation Aids (GTA) program for decades has made payments to Wisconsin’s 1,922 cities, villages, towns, and counties.

With $505.7 million in payments to local governments in 2021 alone plus an additional $2.5 million in supplemental aid to towns, the GTA program is the second-largest within the state Department of Transportation (DOT). Since 1990, increases in the program’s funding have outpaced inflation and other forms of state aid such as shared revenue payments, though the aid likely still lags increases in road-related costs. GTA payments are now the second-largest form of state aid to municipal governments in Wisconsin and one of the top forms of aid to counties as well.

Yet, despite the generally steady increases in state funding, the methodology for distributing GTA payments has not had a major update in two decades. Over time, the program has provided more assistance to small communities with less traveled roads, raising questions about whether it is efficiently delivering aid to areas with the greatest need. More local governments are receiving the same payment from the state regardless of whether they are investing in their roads or not, weakening what could serve as an important state incentive for improving local infrastructure.

In this report, we review trends in GTA payments and their distribution, explore how other states distribute their local transportation aids, and consider potential policy changes to improve the effectiveness and fairness of the GTA program, including the creation of a model that would use existing data to estimate local road needs.