To Exceed or Not To Exceed?

During 20 Years of School Referenda, That's Been the Question 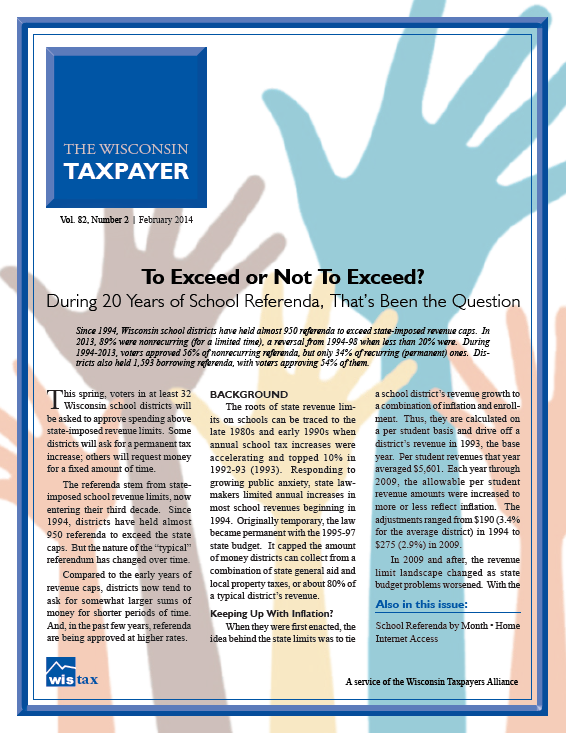 This spring, voters in at least 32 Wisconsin school districts will be asked to approve spending above state-imposed revenue limits. Some districts will ask for a permanent tax increase; others will request money for a fixed amount of time.
The referenda stem from state-imposed school revenue limits, now entering their third decade. Since 1994, districts have held almost 950 referenda to exceed the state caps. But the nature of the “typical” referendum has changed over time.
Compared to the early years of revenue caps, districts now tend to ask for somewhat larger sums of money for shorter periods of time. And, in the past few years, referenda are being approved at higher rates.
BACKGROUND
The roots of state revenue limits on schools can be traced to the late 1980s and early 1990s when annual school tax increases were accelerating and topped 10% in 1992-93 (1993). Responding to growing public anxiety, state lawmakers limited annual increases in most school revenues beginning in 1994. Originally temporary, the law became permanent with the 1995-97 state budget. It capped the amount of money districts can collect from a combination of state general aid and local property taxes, or about 80% of a typical district’s revenue.