How it Works and Why it Matters 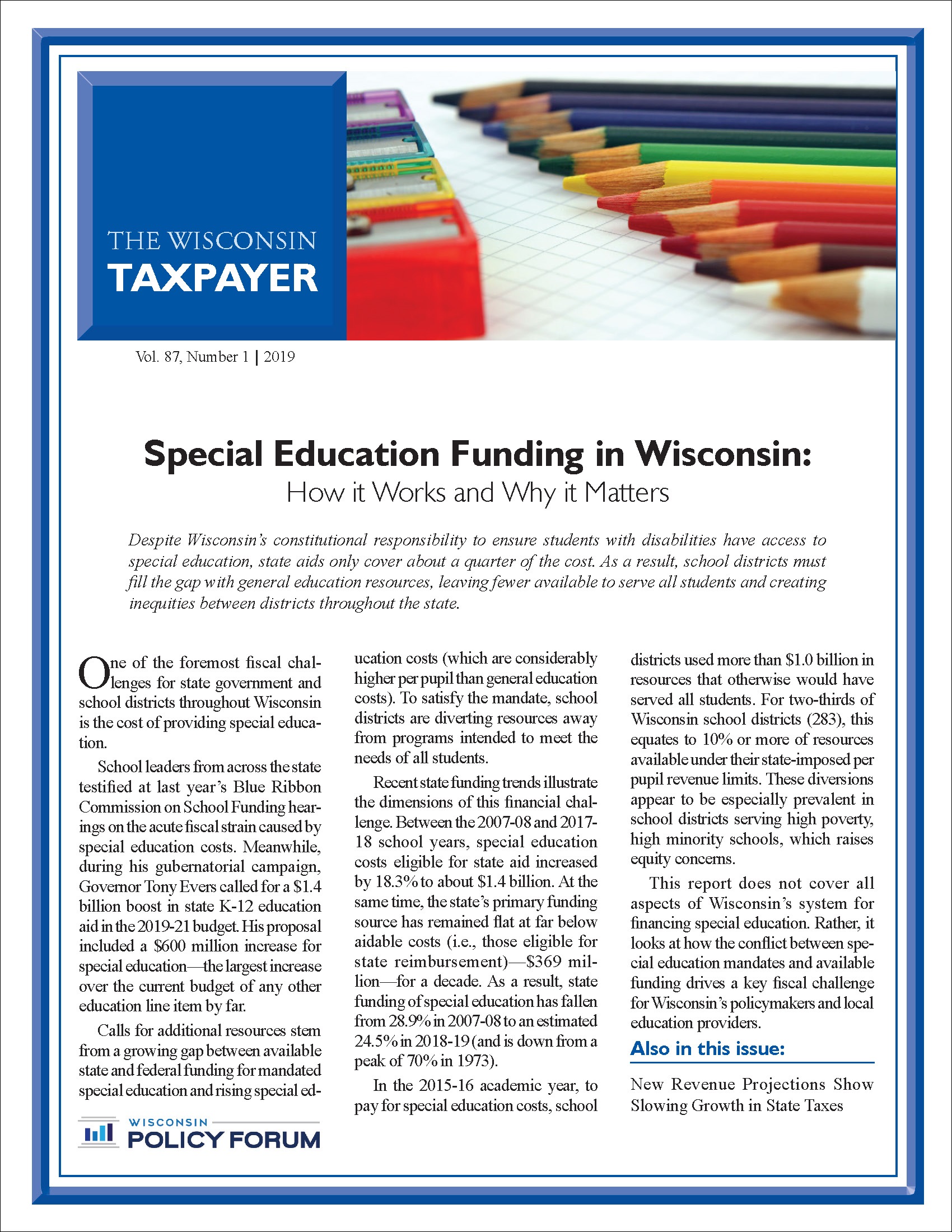 One of the foremost fiscal challenges for state government and school districts throughout Wisconsin is the cost of providing special education.

School leaders from across the state testified at last year’s Blue Ribbon Commission on School Funding hearings on the acute fiscal strain caused by special education costs. Meanwhile, during his gubernatorial campaign, Governor Tony Evers called for a $1.4 billion boost in state K-12 education aid in the 2019-21 budget. His proposal included a $600 million increase for special education—the largest increase over the current budget of any other education line item by far.

Recent state funding trends illustrate the dimensions of this financial challenge. Between the 2007-08 and 2017-18 school years, special education costs eligible for state aid increased by 18.3% to about $1.4 billion. At the same time, the state’s primary funding source has remained flat at far below aidable costs (i.e., those eligible for state reimbursement)—$369 million—for a decade. As a result, state funding of special education has fallen from 28.9% in 2007-08 to an estimated 24.5% in 2018-19 (and is down from a peak of 70% in 1973).

In the 2015-16 academic year, to pay for special education costs, school districts used more than $1.0 billion in resources that otherwise would have served all students. For two-thirds of Wisconsin school districts (283), this equates to 10% or more of resources available under their state-imposed per pupil revenue limits. These diversions appear to be especially prevalent in school districts serving high poverty, high minority schools, which raises equity concerns.