One Hundred Years and Counting 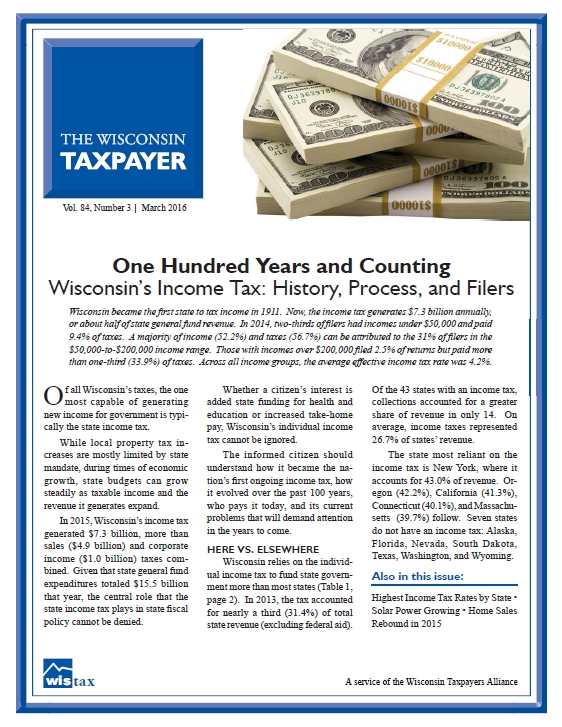 Of all Wisconsin’s taxes, the one most capable of generating new income for government is typically the state income tax.
While local property tax increases are mostly limited by state mandate, during times of economic growth, state budgets can grow steadily as taxable income and the revenue it generates expand.
In 2015, Wisconsin’s income tax generated $7.3 billion, more than sales ($4.9 billion) and corporate income ($1.0 billion) taxes combined. Given that state general fund expenditures totaled $15.5 billion that year, the central role that the state income tax plays in state fiscal policy cannot be denied.
Whether a citizen’s interest is added state funding for health and education or increased take-home pay, Wisconsin’s individual income tax cannot be ignored.
The informed citizen should understand how it became the nation’s first ongoing income tax, how it evolved over the past 100 years, who pays it today, and its current problems that will demand attention in the years to come.