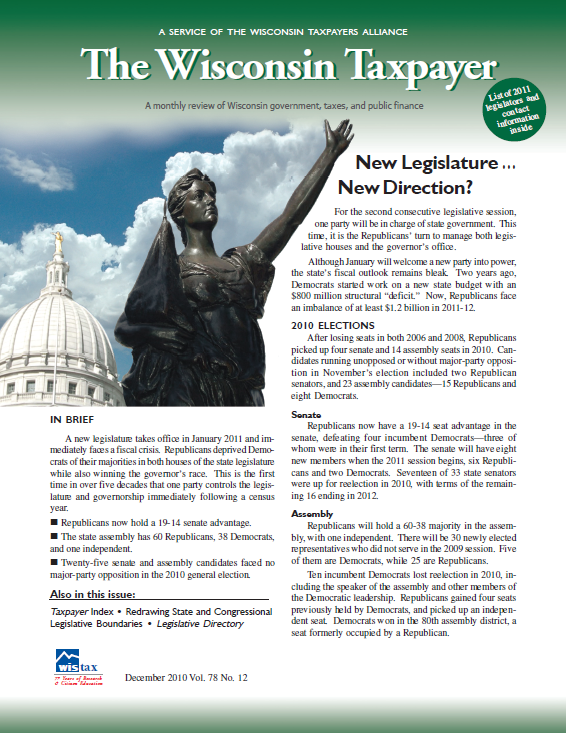 A new legislature takes office in January 2011 and immediately faces a fiscal crisis. Republicans deprived Democrats of their majorities in both houses of the state legislature while also winning the governor’s race. This is the first time in over five decades that one party controls the legislature and governorship immediately following a census year.

For the second consecutive legislative session, one party will be in charge of state government. This time, it is the Republicans’ turn to manage both legislative houses and the governor’s office.
Although January will welcome a new party into power, the state’s fiscal outlook remains bleak. Two years ago, Democrats started work on a new state budget with an $800 million structural “deficit.” Now, Republicans face an imbalance of at least $1.2 billion in 2011-12.