How Police Spending, Protection in Wisconsin Adds Up 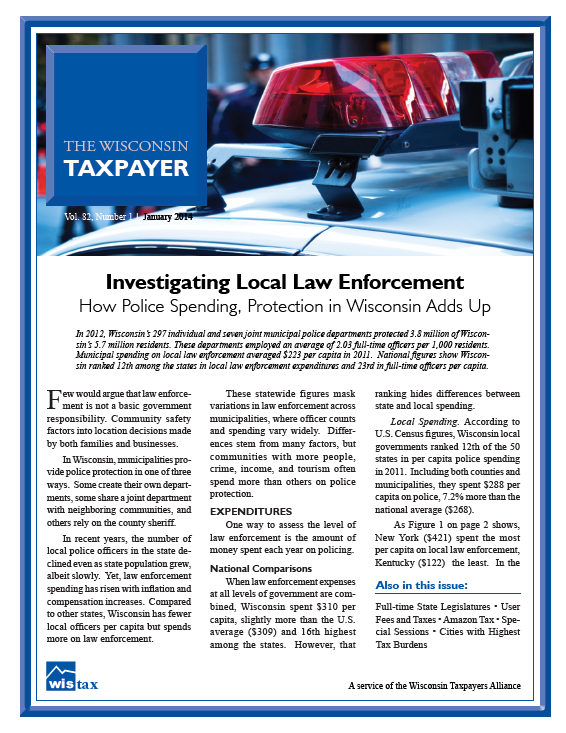 Few would argue that law enforcement is not a basic government responsibility. Community safety factors into location decisions made by both families and businesses.
In Wisconsin, municipalities provide police protection in one of three ways. Some create their own departments, some share a joint department with neighboring communities, and others rely on the county sheriff.
In recent years, the number of local police officers in the state declined even as state population grew, albeit slowly. Yet, law enforcement spending has risen with inflation and compensation increases. Compared to other states, Wisconsin has fewer local officers per capita but spends more on law enforcement.
These statewide figures mask variations in law enforcement across municipalities, where officer counts and spending vary widely. Differences stem from many factors, but communities with more people, crime, income, and tourism often spend more than others on police protection.