Inmate Numbers Down, But Starting to Rise Again 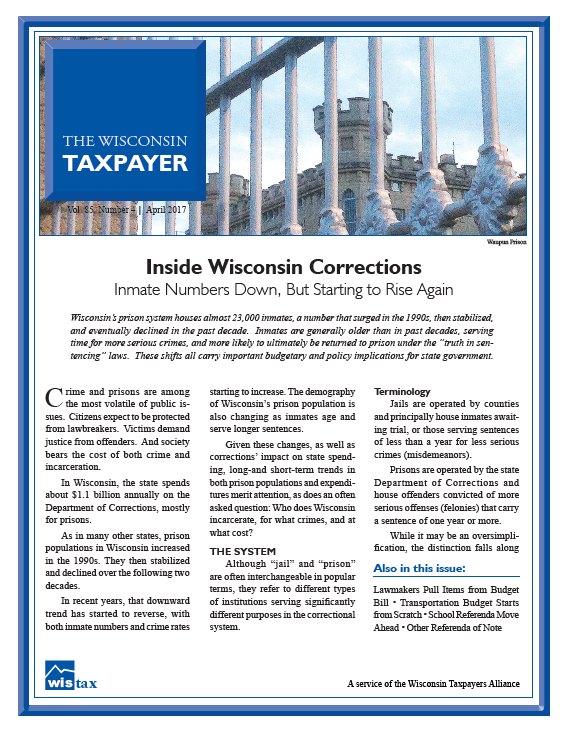 Wisconsin’s prison system houses almost 23,000 inmates, a number that surged in the 1990s, then stabilized, and eventually declined in the past decade. Inmates are generally older than in past decades, serving time for more serious crimes, and more likely to ultimately be returned to prison under the “truth in sentencing” laws. These shifts all carry important budgetary and policy implications for state government.

Crime and prisons are among the most volatile of public issues. Citizens expect to be protected from lawbreakers. Victims demand justice from offenders. And society bears the cost of both crime and incarceration.
In Wisconsin, the state spends about $1.1 billion annually on the Department of Corrections, mostly for prisons.
As in many other states, prison populations in Wisconsin increased in the 1990s. They then stabilized and declined over the following two decades.
In recent years, that downward trend has started to reverse, with both inmate numbers and crime rates starting to increase. The demography of Wisconsin’s prison population is also changing as inmates age and serve longer sentences.
Given these changes, as well as corrections’ impact on state spending, long-and short-term trends in both prison populations and expenditures merit attention, as does an often asked question: Who does Wisconsin incarcerate, for what crimes, and at what cost?