How County Administration and Finances Stack Up 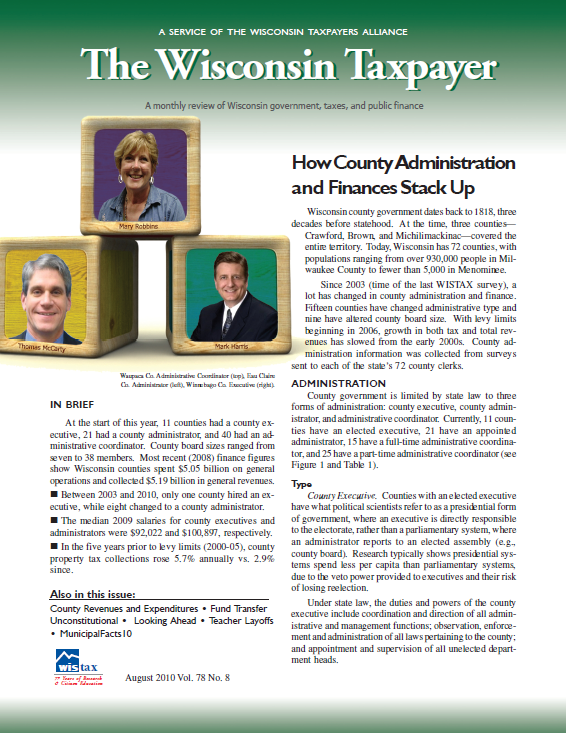 At the start of this year, 11 counties had a county executive, 21 had a county administrator, and 40 had an administrative coordinator. County board sizes ranged from seven to 38 members. Most recent (2008) finance figures show Wisconsin counties spent $5.05 billion on general operations and collected $5.19 billion in general revenues.