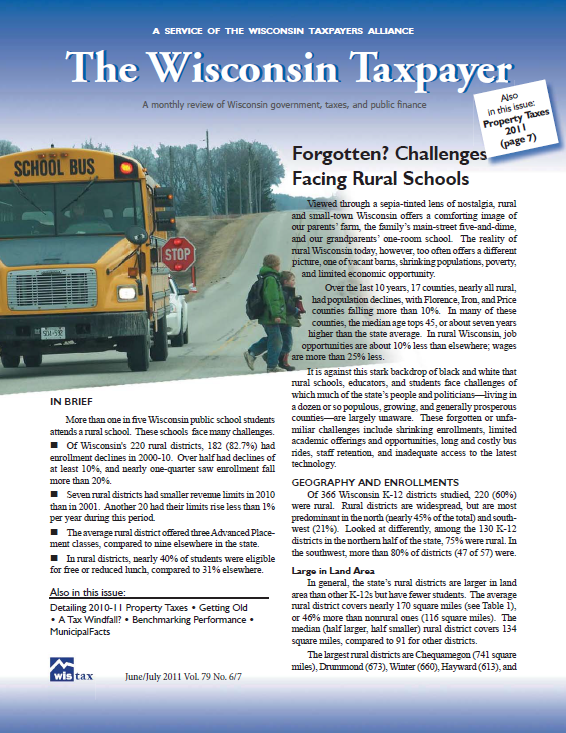 More than one in five Wisconsin public school students attends a rural school. These schools face many challenges.

Viewed through a sepia-tinted lens of nostalgia, rural and small-town Wisconsin offers a comforting image of our parents’ farm, the family’s main-street five-and-dime, and our grandparents’ one-room school. The reality of rural Wisconsin today, however, too often offers a different picture, one of vacant barns, shrinking populations, poverty, and limited economic opportunity.
Over the last 10 years, 17 counties, nearly all rural, had population declines, with Florence, Iron, and Price counties falling more than 10%. In many of these counties, the median age tops 45, or about seven years higher than the state average. In rural Wisconsin, job opportunities are about 10% less than elsewhere; wages are more than 25% less.
It is against this stark backdrop of black and white that rural schools, educators, and students face challenges of which much of the state’s people and politicians—living in a dozen or so populous, growing, and generally prosperous counties—are largely unaware. These forgotten or unfamiliar challenges include shrinking enrollments, limited academic offerings and opportunities, long and costly bus rides, staff retention, and inadequate access to the latest technology.