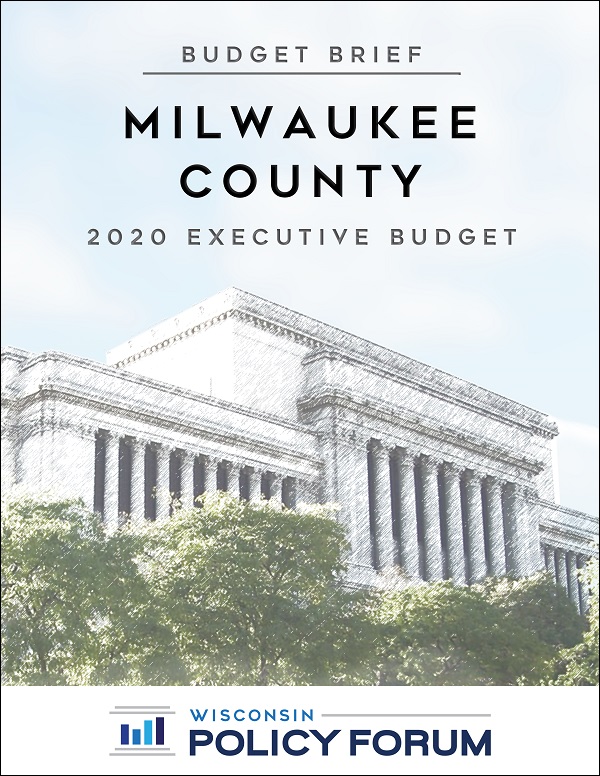 After a summer marked by citizen outcry over the prospect of cutting suburban bus routes and selling assets in county parks, expectations for the 2020 Milwaukee County budget ranged from gloomy to panicked. Upon its release, however, the recommended budget turned out to be a pleasant surprise.

Instead of cutting 15 bus routes, including all suburban freeway flyers as originally proposed by transit leaders, the budget eliminates only six low-ridership and shuttle routes. It also contains only minor cuts to the parks outside of the closure of two lightly-used pools, and has no negative impacts for most other program areas and the county workforce. Indeed, much like the 2019 version, the 2020 recommended budget stands out for its absence of controversy, with the notable exception of a proposal to end the county’s work release program for House of Correction inmates.

So what changed in the few weeks between the county executive’s alarming late summer budget briefings and release of his budget? While many individual budget decisions and pieces of good fortune accounted for the improved outlook, two of the primary factors were the discovery and willingness to use $2.9 million of newly discovered property tax levy capacity; and the recognition that health care expenditures could be reduced by $2.2 million, rather than needing to be increased by $5.5 million as originally projected.

The recommended budget also withdraws $3.1 million from the county’s Debt Service Reserve and avails itself of $2.2 million in one-time federal funds for transit and $2 million from anticipated vacant positions. While justifiable, these moves are emblematic of the maneuvers county leaders must identify year after year to stave off service cuts, and they were fortunate to have several such opportunities at their disposal for 2020.

Still, while the proposal should be viewed as a “good news” budget, the welcome news may be fleeting. As we will discuss in the pages that follow, the transit and capital improvement budgets remain highly problematic, with the prospect of route cuts and the sale of county assets likely to re-emerge in the near future. Meanwhile, the ability to raise property taxes by as much as 2.5% and reduce health care expenditures may not recur in future budgets, creating the need to again consider broad service cuts, workforce reductions, or even an increase in the vehicle registration fee (VRF).

We analyze the recommended budget’s deficit reduction strategies and key features mentioned above, as well as other elements that are relevant to the county’s immediate and long-term financial health. Our aim is to promote informed and thoughtful deliberations as policymakers consider the 2020 county budget in the weeks ahead.