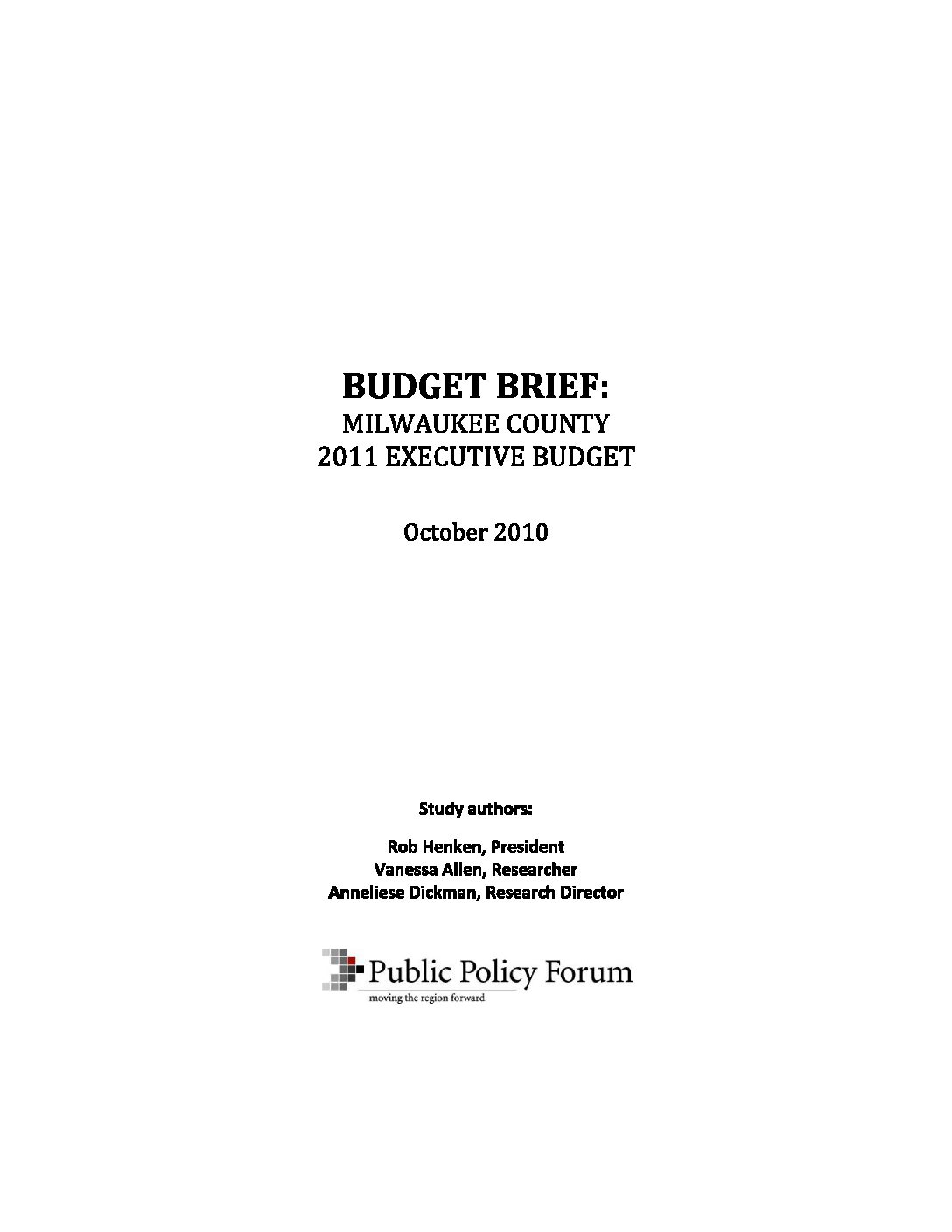 In light of the serious and longstanding fiscal problems facing Milwaukee County government, one might have expected the county executive’s 2011 recommended budget to look like his previous budgets, with tough programmatic decisions and proposals for new ways to operate county services. Instead, this year’s budget replaces such initiatives with the singular strategy of reducing wages and benefits for county employees and retirees as the means to erase its annual structural gap. Programs that have been on the chopping block in previous years – such as the Interim Disability Assistance Program, UW-Extension and Parks community centers – are fully funded. In fact, the only controversial program modifications to resurface from previous years are elimination of the Community Justice Resource Center, reductions in full-time Parks maintenance workers, and a reduction in transit service hours. Meanwhile, this is the first budget in years not to include new privatization initiatives. Finally, this year’s recommended budget not only keeps the property tax level, but reduces it by $1 million, while keeping most fees (including transit fares and zoo admissions) at 2010 amounts.