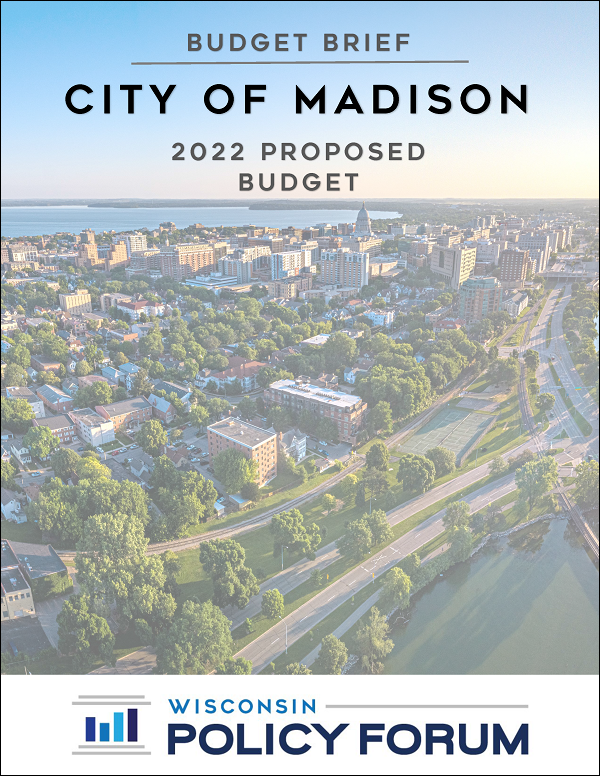 During the darkest moments of the pandemic, the progress made in recent months in Madison would have been hard to imagine. Vaccination rates in Wisconsin’s capital city now stand at some of the highest levels of the country, students have returned to K-12 schools and UW-Madison classrooms, and commerce has rebounded to some degree.

For its part, city government has avoided catastrophic financial losses and cuts to services such as transit, thanks in large part to massive infusions of federal pandemic relief funds that will exceed $190 million in total. Though reductions in some areas have been needed, the city has even cancelled furloughs for most workers and still managed to live within tight state limits on property tax increases.

Mayor Satya Rhodes-Conway’s proposed 2022 budget would hold to these trends, maintaining the vast majority of services while starting in earnest a Bus Rapid Transit project, giving a modest raise to some employees, finalizing the long-planned annexation of the Town of Madison, investing in priorities such as affordable housing and violence prevention, and keeping property taxes to their lowest increase in nearly two decades.

In the end, the city is fortunate that it can focus on the manageable challenges of the current budget rather than the far worse problems that seemed inevitable in the spring of 2020. Yet the city faces headwinds nonetheless, from the burden of COVID-19 and the rise in homicides and shots being fired in Madison to the city’s own long-term finances.

Even prior to the pandemic, the city received relatively little state aid and depended heavily on local property taxes to finance its core services. That left the city squeezed by growth in labor and other ongoing costs that outpaced the increases in state aid and state-allowed tax increases. The pandemic exacerbated this fundamental challenge by adding steep losses in room tax collections and parking and transit revenues, new costs in public health and other areas, and a decrease in private construction that serves as the basis for property tax increases under state law.

Three generous rounds of federal pandemic legislation, a drawdown of general fund reserves, and a dissolving tax increment district have helped the city bridge its budget shortfalls so far and the city would again close the gap under this latest proposal. The city also has bright spots ahead such as a rebound in construction. Yet most of the one-time funds for the current budget fixes will be exhausted by 2023 and even if the city’s pandemic woes resolve themselves, it will almost certainly be left with its pre-pandemic budget gaps and few tools to address them.

In this report, we lay out the details of the proposed 2022 city of Madison budget and the short- and long-term financial obstacles faced by the city. Our purpose is to encourage informed discussion as city leaders debate the budget in the weeks ahead. Continue reading…