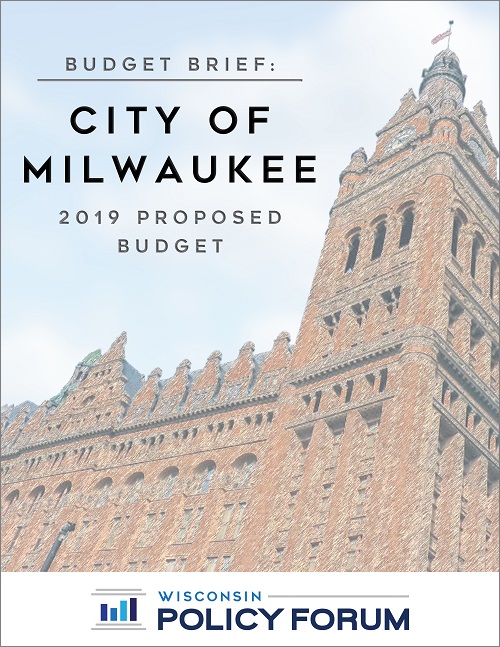 Our analysis of the Mayor’s proposed City of Milwaukee budget finds the city is able to convert an overestimated 2018 pension payment into stable departmental budgets and a re-stocked pension reserve. However, the pension savings are one-time in nature, and the annual structural deficits caused by the city’s faulty revenue structure and fierce expenditure pressures are almost certain to re-emerge in the years ahead.

This report is the second of two Milwaukee budget briefs we publish. Our Milwaukee County Budget Brief can be viewed here.