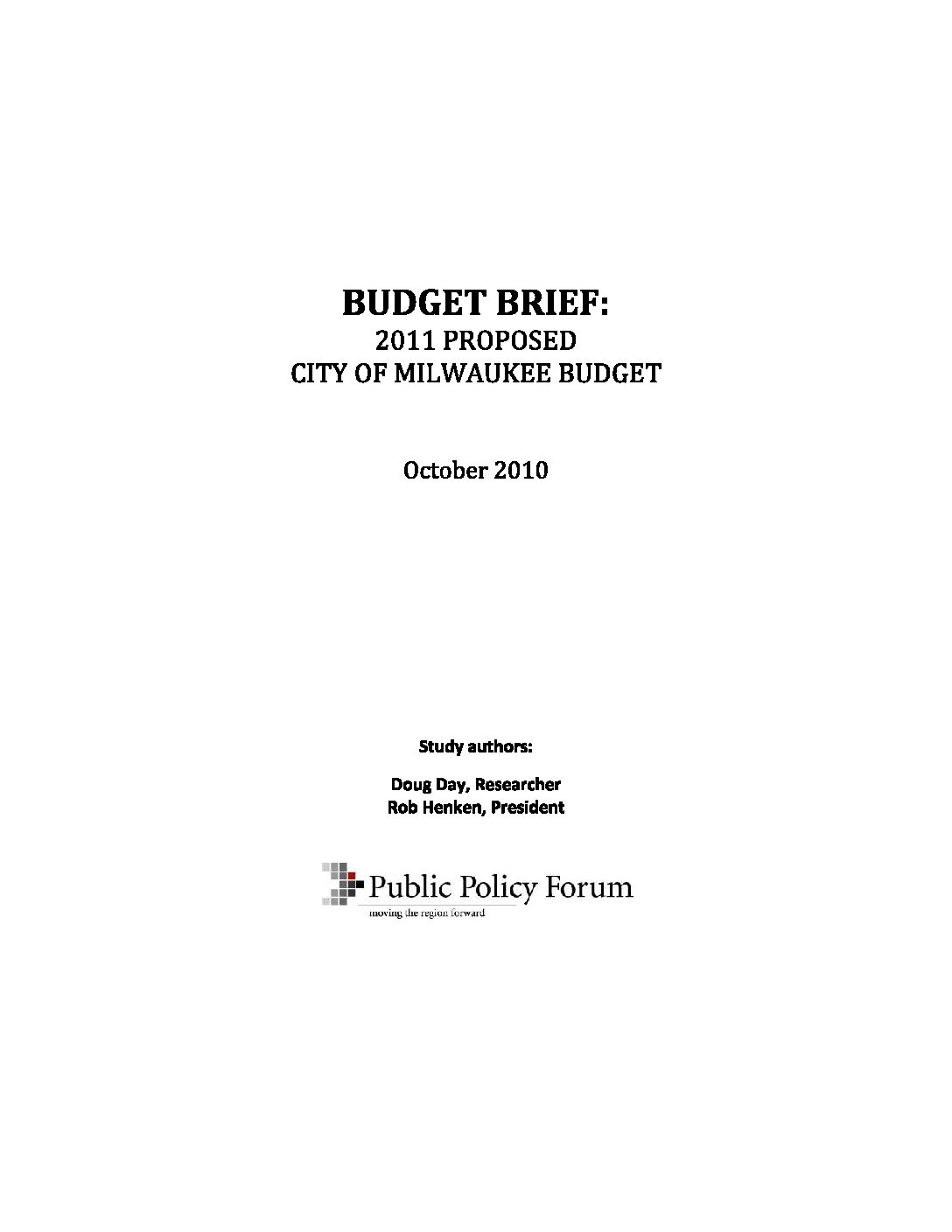 The 2011 City of Milwaukee proposed budget might best be characterized as a “new twist in an old plot.” Permeating throughout the budget is the basic story line articulated in Between a Rock and a Hard Place, the Public Policy Forum’s August 2009 report on the city’s financial condition. That fiscal evaluation found that “despite outstanding bond ratings, a comparatively well-funded pension system and healthy reserves, Milwaukee has exhausted the capacity of its existing revenue streams to support its expenditure needs.”

In 2011, longstanding structural issues continue to impact the city’s budget, though they are ameliorated considerably by a remarkable reversal of 2010’s increased pension fund contribution. This fortuitous turn of events provides a reprieve for city leaders, but the continued impacts of stagnant state revenues, skyrocketing health care costs, limited elasticity in fee revenues, declining property values, and looming future pension payments indicate the reprieve is only short-term.