A Slowdown in City and Village Spending 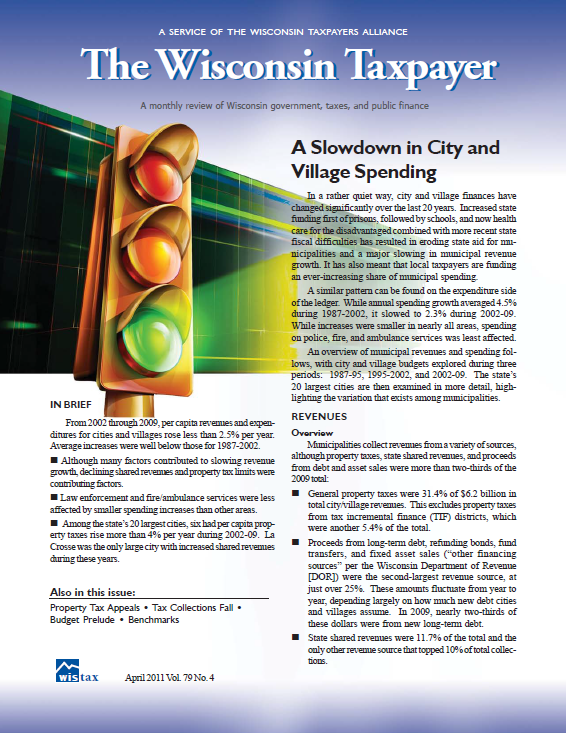 From 2002 through 2009, per capita revenues and expenditures for cities and villages rose less than 2.5% per year. Average increases were well below those for 1987-2002.

In a rather quiet way, city and village finances have changed significantly over the last 20 years. Increased state funding first of prisons, followed by schools, and now health care for the disadvantaged combined with more recent state fiscal difficulties has resulted in eroding state aid for municipalities and a major slowing in municipal revenue growth. It has also meant that local taxpayers are funding an ever-increasing share of municipal spending.
A similar pattern can be found on the expenditure side of the ledger. While annual spending growth averaged 4.5% during 1987-2002, it slowed to 2.3% during 2002-09. While increases were smaller in nearly all areas, spending on police, fire, and ambulance services was least affected.
An overview of municipal revenues and spending follows, with city and village budgets explored during three periods: 1987 95, 1995-2002, and 2002-09. The state’s 20 largest cities are then examined in more detail, highlighting the variation that exists among municipalities.