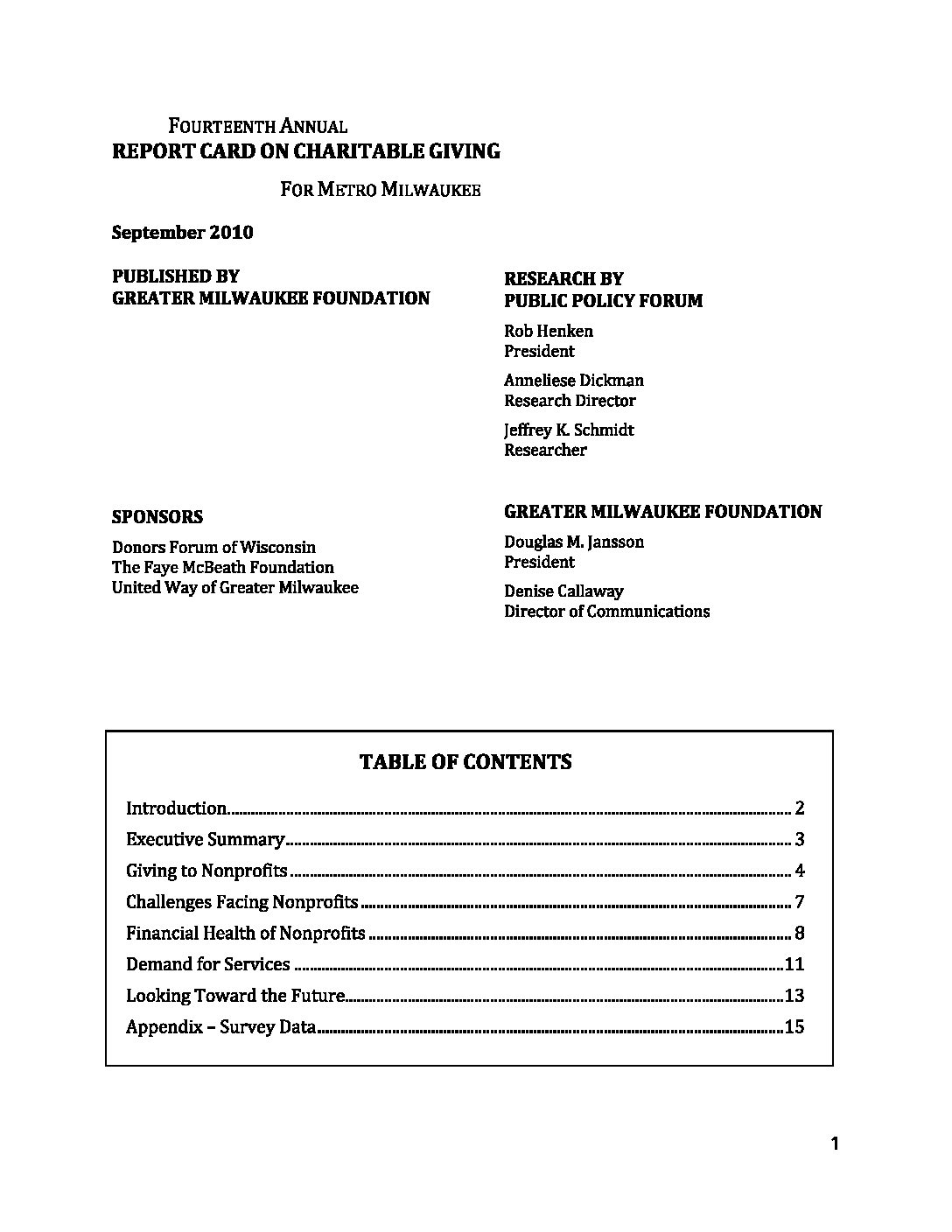 Hard times continue to hit metropolitan Milwaukee nonprofit organizations. The rocky economy has again resulted in increased demand for services at the same time support continued to decrease. If 2009 was a year most nonprofits would like to forget, 2010 will likely be a year that cannot end quickly enough.