The Wisconsin Policy Forum’s report, On the Money? The City of Milwaukee’s Uncommon Revenue Structure and How it Compares to Peer Cities, received the award for “Most Effective Education” at the Governmental Research Association’s (GRA) annual policy conference in Detroit this week.

The report compared Milwaukee’s revenue structure to that of 38 peer cities. It found that Milwaukee is the only one required to use the property tax as its sole major form of local taxation; and that Milwaukee’s dependence on state aids was higher than all but two of its 38 peers. It suggested that changes be considered to equitably spread the existing tax burden among all users of city services, capitalize on Milwaukee’s economic strengths, and allow the city to “take greater control of its own financial destiny.”

The GRA was founded in 1914 as the national organization of individuals involved in government research. GRA’s annual awards competition is conducted to “recognize exceptional research on state and local governmental issues performed by staff members of governmental research agencies.” 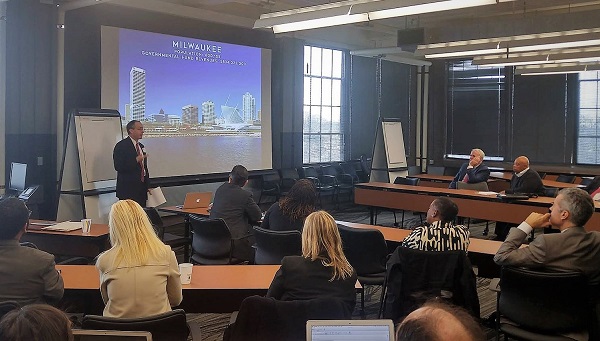