Milwaukee's homeownership inequities and how we compare to peer cities 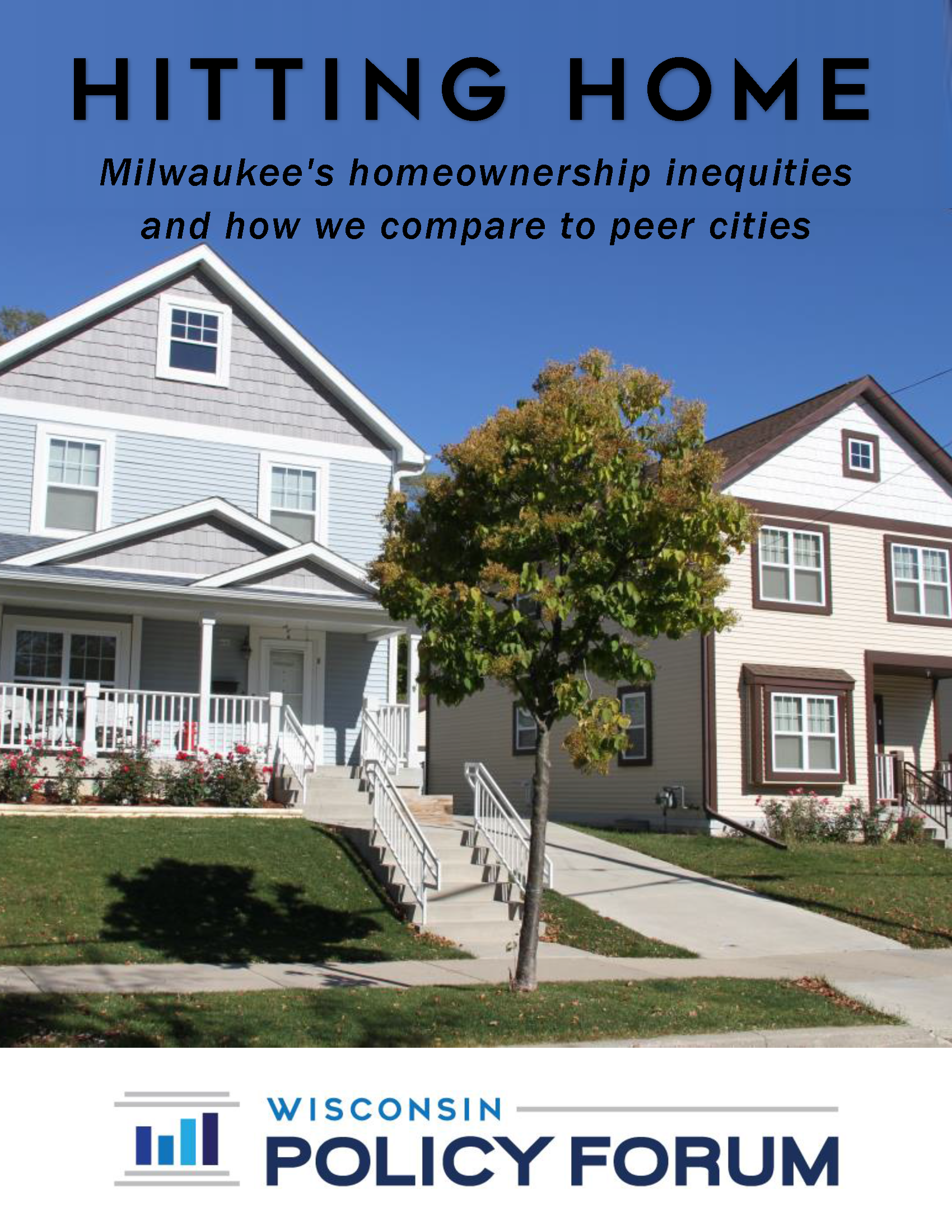 Low and declining Black and Hispanic homeownership rates in Milwaukee are indicators of the city’s acute racial equity challenges. Our 2020 Laying the Foundation and 2021 Expanding the Blueprint reports on the city’s affordable housing landscape highlighted how the owner-occupancy rates of Black and Hispanic households in Milwaukee lag far behind the rate for white households. Our March 2022 research brief showed that the city’s large racial disparities in homeownership widened over the last decade.

These dynamics are concerning because homeownership is an important means through which households can build wealth and, therefore, a key way for Milwaukee to become more equitable and prosperous. Advancing racial equity in homeownership is especially important given that Black and Hispanic residents comprise more than half of the city’s total population. Doing so now may be particularly urgent and challenging given rising home prices and mortgage rates are reducing housing affordability in Wisconsin and nationally.

This report builds on our previous research by comparing Milwaukee with 10 demographically and economically similar peer cities throughout the U.S. with respect to owner-occupancy rates, usage of federal resources to promote homeownership, and strategies to advance racial equity in homeownership. We seek to answer three main research questions:

We attempt to answer these questions by analyzing data from the U.S. Census Bureau’s American Community Survey and Decennial Census, HUD’s Community Development Block Grant and HOME Investment Partnerships programs, and city government websites. While zoning and other land use policies also influence housing markets and homeownership rates, they are beyond the scope of this study.

Although the data included in our analysis does not allow us to make causal explanations of similarities and differences between cities, it offers valuable perspective on where Milwaukee stands relative to a set of peers and how Milwaukee’s approaches to supporting homeownership and to advancing racial equity in homeownership compare to those cities. We hope this analysis provides useful information to local housing stakeholders working to advance racial equity in Milwaukee. Continue reading…